On April 23, Directors of the Cuban Banking Study Group (“CBSG”) met with top executives of Florida International University (“FIU”) and CASA CUBA to execute a Memorandum of Understanding (“MOU”) providing for close cooperation in their future endeavors. FIU was represented by President, Dr. Mark Rosenberg and by its Provost, Kenneth Furton. CASA CUBA was represented by its Executive Director, Maria Carla Chicuen. Fernando A Capablanca, President of CBSG signed the MOU on behalf of the organization which was well represented by many of its Board members.

According to Capablanca “the MOU is designed, among other things, to establish and explore the current and emerging educational needs of FIU students and the community at large regarding the history and future development of the Cuban banking system by utilizing the experience of our members. In addition, it gives us the opportunity to create a Cuban Bankers Hall of Fame within CASA CUBA to honor those in our industry who have distinguished themselves in Cuba and internationally.”

“CBSG and CASA CUBA recognize the compatibility of their institutional missions  and look forward to a mutually profitable relationship in the coming years.” 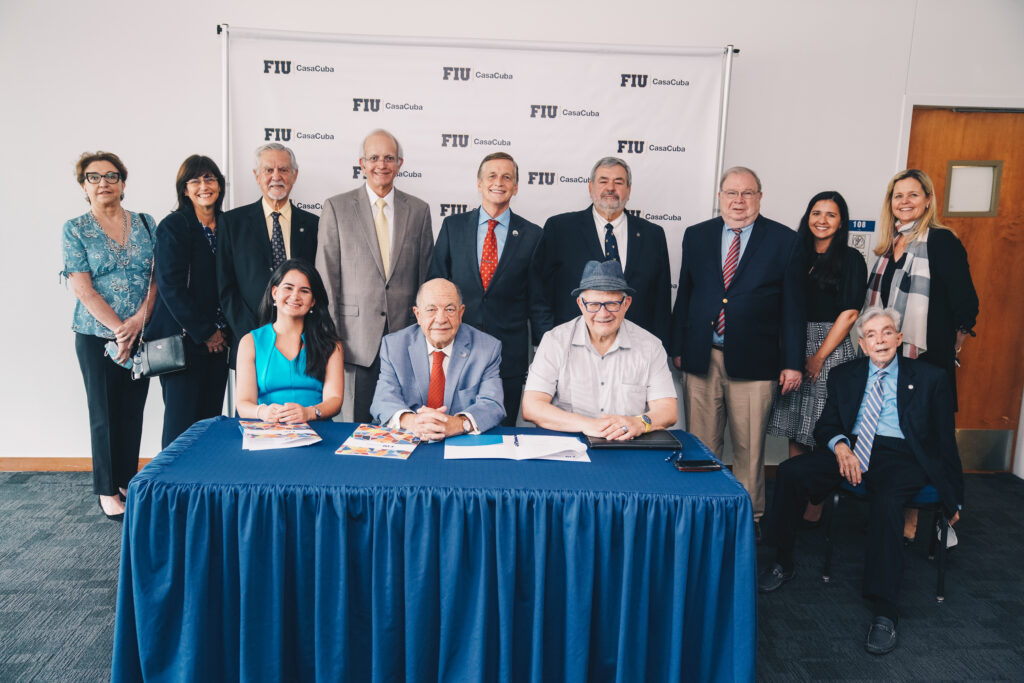 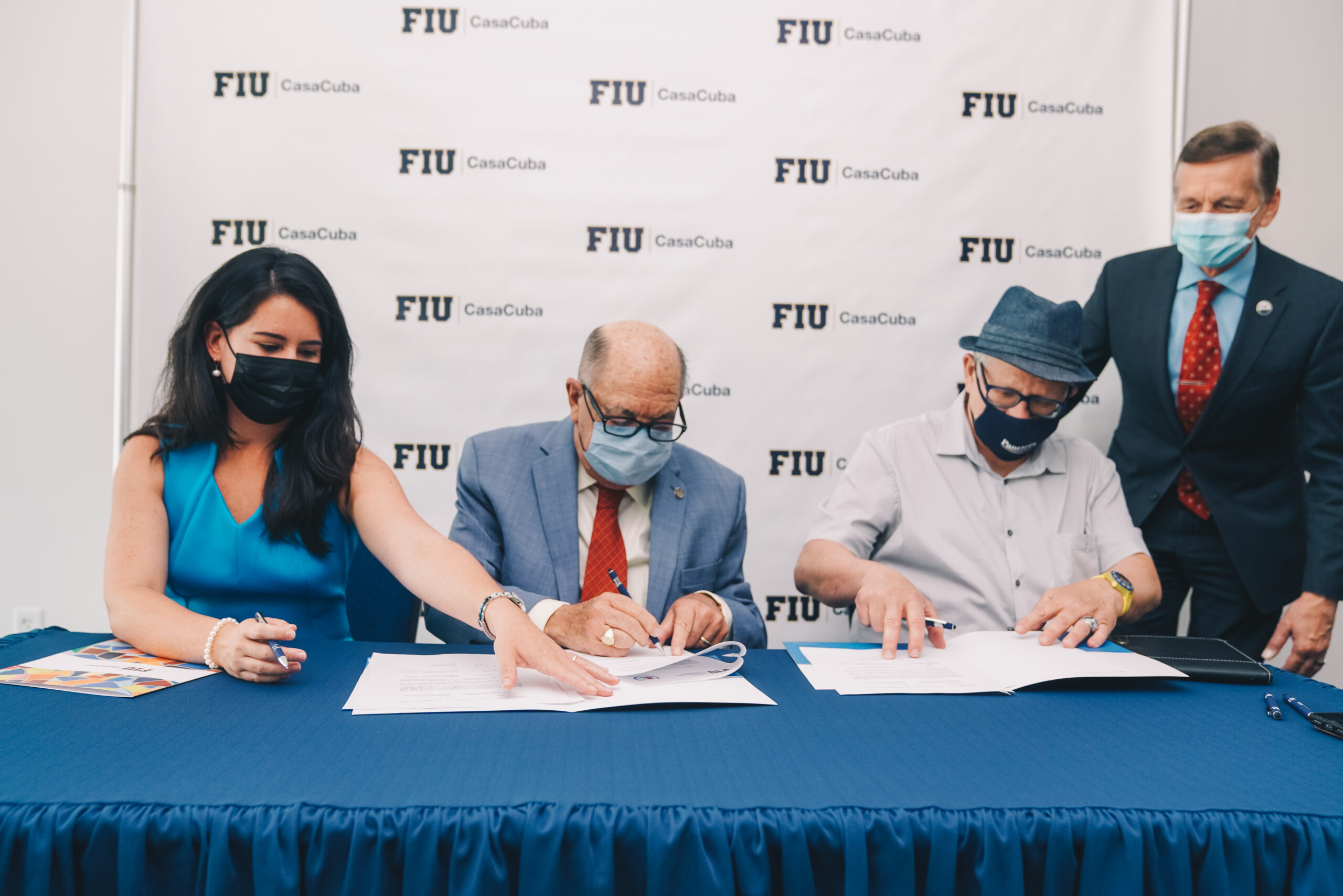 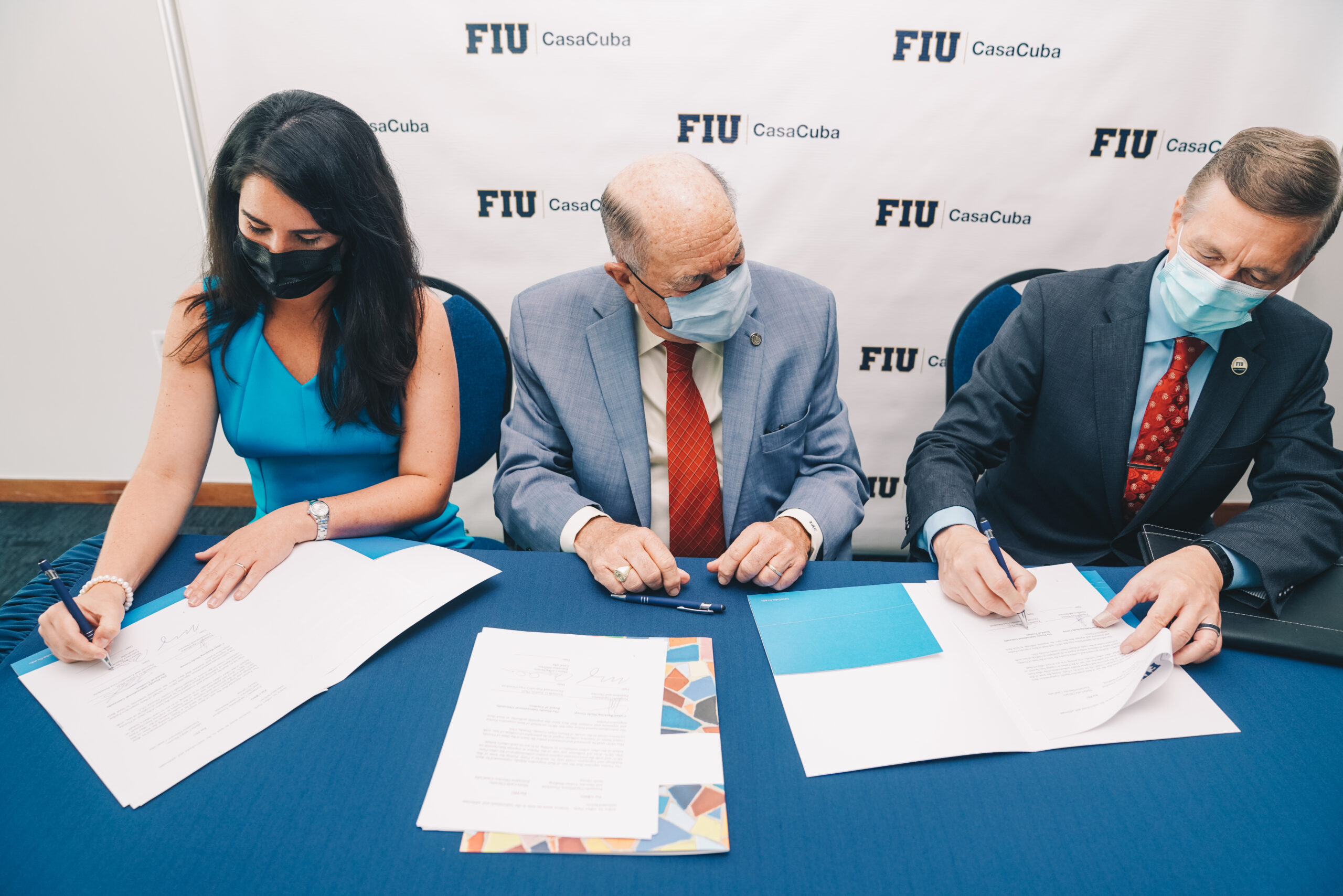 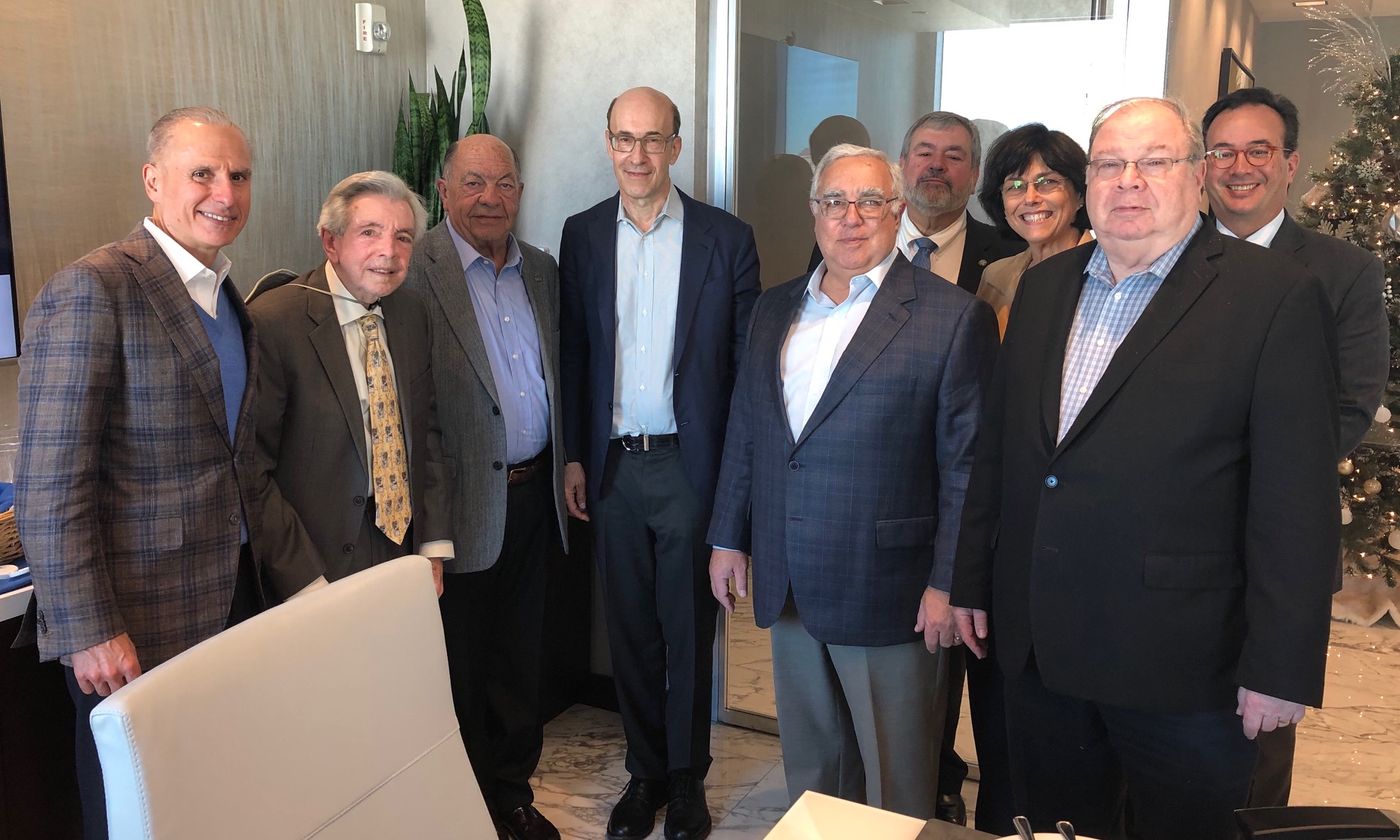 On December 3, 2019, Kennet Rogoff was invited by the Cuban Banking Study Group (CBSG) to make a presentation and share his opinion on “The Beginning of the End of Central Bank Independence and its Implication in LATAM and Cuba.”

Rogoff is Thomas D. Cabot Professor at Harvard University and from 2001-2003 served as Chief Economist at the International Monetary Fund.  He is known for his seminal work on exchange rates and on central bank independence.  He has authored various books on economic subjects, including “The Curse of Cash,” arguing that although much of modern macroeconomics abstracts from the nature of currency, it in fact lies at the heart of some of the most fundamental problems in monetary policy and public finance.  Rogoff is an elected member of the National Academy of Sciences, the American Academy of Arts and Sciences, and the Group of Thirty.  He is a senior fellow at the Council on Foreign Relations, ranked among the top ten on RePEc’ s ranking of economists by scholarly citations.

The Rogoff presentation was attended by CBSG Directors and members, and local bankers.  Among many other questions the participants inquired about the supposed independence of the Central Bank of Cuba and countries of government-controlled economies.  Fernando Capablanca, CBSG President, affirmed that “This is a continuation of the education and services provided to our membership.” 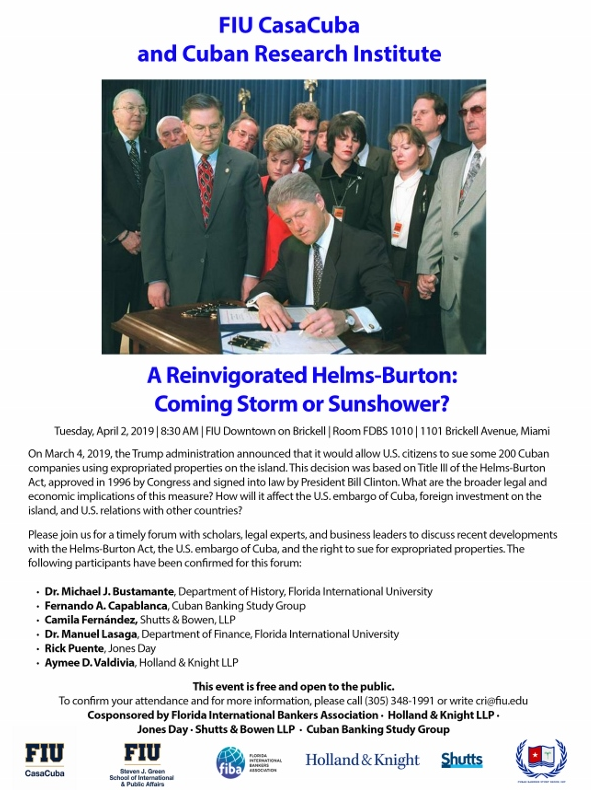 Fernando Capablanca making a presentation on “A Reinvigorated Helms-Burton: Coming Storm or Shower?

On December 6, 2017, the Cuban Banking Study Group (CBSG) celebrated its 25th anniversary with a reception and dinner at the Big Five Club in Miami, Florida.  About 140 persons participated in the event.  “We were delighted to see so many bankers and friends joining us for this event.  It was better than we had envisioned,” said José R. Garrigó, CBSG Vice President and Treasurer.

During the event, CBSG President, Fernando Capablanca, presented awards to those Directors that have served continuously for 25 years.  In addition, the deceased Directors were also mentioned.  “It is important to remember those who preceded us and who dedicated many years to helping us get to where we are today.  We owe it to them never to forget their memories and their contributions,” said Capablanca.

Following the dinner, Capablanca made a short presentation tracing the history of the Cuban banking and financial systems from their inception in 1832 to their current composition.  He again emphasized that “Cuba had a robust financial system in the decade of the 1950s where Cuban-owned banks controlled over 80% of the assets and deposits.  CBSG believes that an indigenous banking industry, ready to serve the needs of local communities and small businesses, working together with government-owned institutions, foreign banks and multinational agencies is critical to Cuba’s future economic development.  CBSG strives to promote and engage in a consultative approach to ensure this transition is achieved.”

Both Capablanca and Garrigó have argued for years that private Cuban-owned banks must be encouraged, given special considerations and allowed to flourish in any future environment as a predicate for economic growth and diversity.

Director Steven Harper followed with a presentation summarizing the recent changes made by the Office of Foreign Assets Control (OFAC) under the Cuban Sanctions Program. 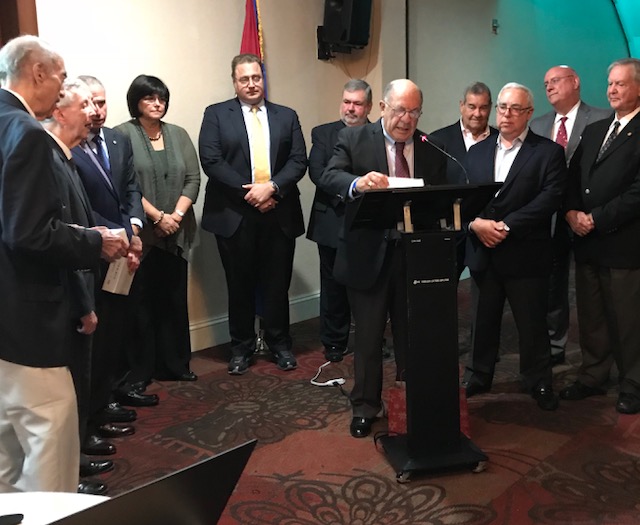 Fernando Capablanca, CBSG Chairman, presenting awards to Founding Directors and other Board members. 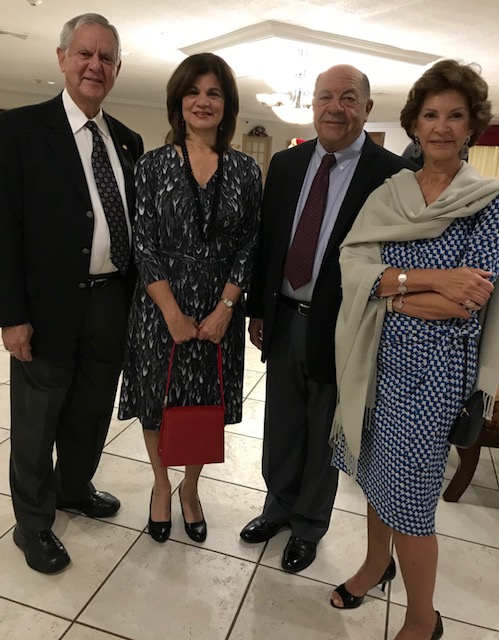 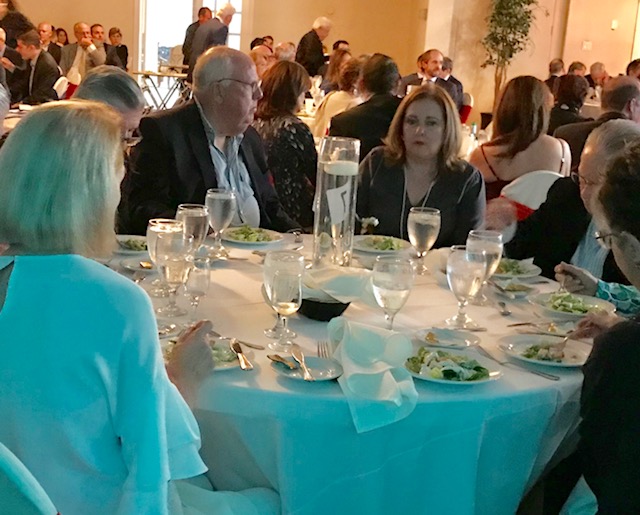 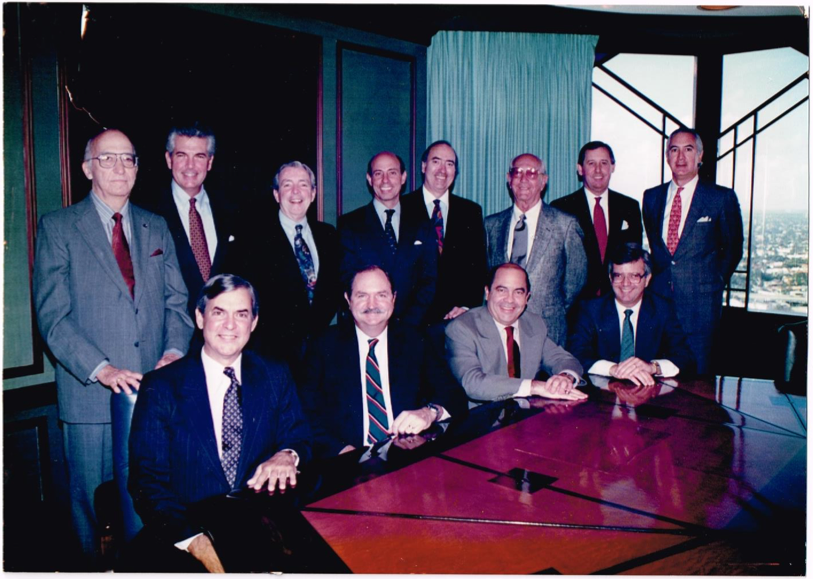